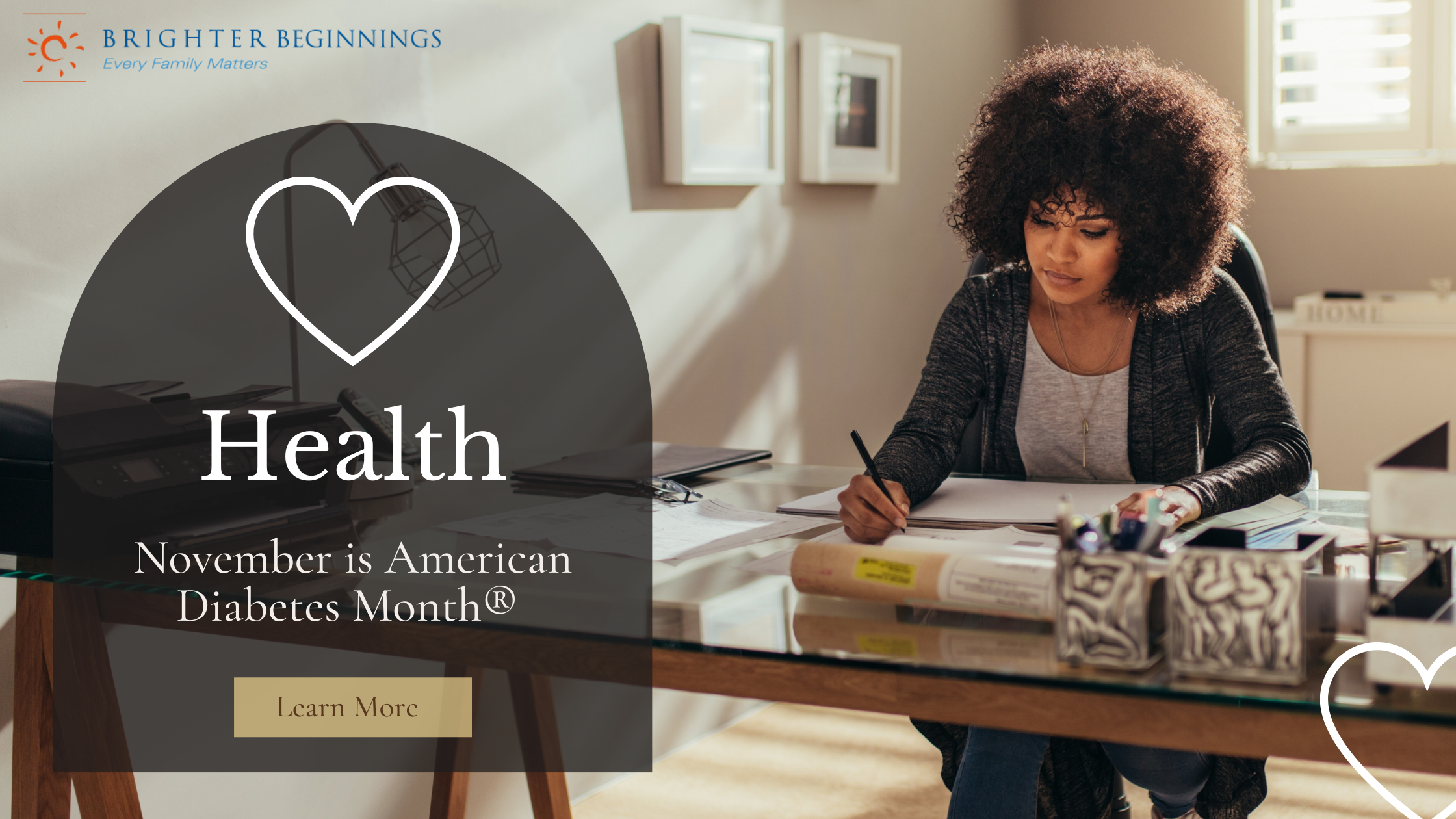 According to a 2020 National Diabetes Report by the CDC, 34.2 million Americans—just over 1 in 10—have diabetes. 88 million American adults—approximately 1 in 3—have prediabetes. Everyone is different, and there are many things that can affect your health and whether you get diabetes — your weight and age, how active you are, and other conditions you have. But research does show that it’s more common in certain groups. In the U.S. scientists have found different rates of diabetes among people of different races:

November is American Diabetes Month® and we wanted to provide some resources to help you take your health into your own hands through awareness, detection, management, and learning to thrive despite your diabetes. Or even learn if you’re at risk for Type 2 diabetes in order to prevent or delay.

If you have any questions and are a patient of Brighter Beginnings, contact us today to schedule an appointment to learn more about your risk and management.

What Causes Diabetes? Find out and Take Control